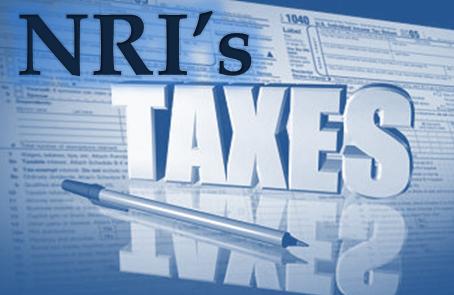 Each family in India has at least one family which is resident outside India. Previously, the number of transactions between a resident and non-resident were limited but with growing number of family members now settling outside India, there is a tremendous increase in inflow and outflow of money between the two. This has made the tax department savvier and it has been increasingly important for both, resident as well as non-resident, to stay updated with fundamental rules and regulations. The article below discusses the basic aspects considering the nature of transaction that frequently takes place between a resident and a non-resident.

1. I am an NRI wanting to find out if return is to be compulsorily filed for the financial year 2013-14

If your income is above basic exemption limit of Rs 2,00,000 then filing of return is mandatory. In certain exceptions, like income due to short-term capital gains from certain investments, return is to be filed even though such income is below the exemption limit.

2. I am a NRI planning to Purchase an Immovable property in India.

W.e.f. 01-06-2013, every buyer and not just non-resident Indians, have to deduct tax @ 1% where purchase price is Rs 50,00,000 and above. More importantly, such tax deducted has to be deposited within 7 days from the end of the month in which it was deducted. If no PAN is available, the applicable rate is 20%. There are other procedural formalities which are related to it and need to be strictly adhered to. Please note the onus of deducting such tax is on the buyer and it will be the buyer who will be in trouble for failure to deduct TDS.

3. I am a NRI planning to Sell an Immovable property in India

If the property is more than 3 years old, long term capital gains tax will be incurred @ 20%. This tax can be minimised by making alternative investments in India. If you don’t want to make alternative investments, and directly repatriate the monies outside India where you reside, then full tax needs to be paid and a certificate needs to be obtained from a chartered accountant. The requirement of certificate from a Chartered Accountant is mandatory

4. I am a NRI expecting a gift or donation from my relative who is based in India

NRI’s are permitted to receive gifts or donations from their “relatives” (list of relatives as expressly specified by law) without any requirement of approval or reporting in India. There is however a limit of US$ 1,25,000 that is applicable to the donor. Rupee gifts should be credited directly to NRO account. One should understand that there are no implications of making a gift in India, neither for the donor nor for the recipient. But as far as the jurisdiction of non-resident is concerned, there could be domestic tax implications. For instance, in United States of America, where gifts received are more than US$ 1,00,000, then the recipient in USA has to file Form 3520 declaring the same. To be on a safer side, it is always advisable to consult a chartered accountant who has knowledge of world-wide taxation.

5. I am a NRI wanting to receive a loan from my relative who is based in India

The maximum limit prescribed for making loans is US $ 1,25,000 per individual. This limit is to be combined when ascertaining the amount of gifts made, loans proposed to be given and monies sent abroad for other purposes. The loan mandatorily has to be interest free with a minimum maturity of 1 year.

6. I am a NRI willing to send a money gift to my relative who is based in India

A person residing in India can receive money gifts from their non resident Indian family members. It should be noted that the non-resident person making the gift may face tax consequences in his local jurisdiction.

7. I am a NRI willing to make a loan to my relative who is based in India

The maximum amount that can be received by an individual resident from his NRI relatives is US$ 2,50,000. The minimum maturity of the said loan shall be 1 year and it should be interest free. If the non-resident is willing to lent monies on a non-repatriable basis, then there are separate conditions that need to be met.

8. I am a NRI willing to invest or lend money to an Indian Company that has been started by my friend or relative

An Indian company has to comply with ECB norms before raising monies from non-resident Indians, irrespective of the amount involved. Unlike question no. 7 above, where the lender and the recipient both are individuals and therefore no permission is required, in a case where the recipient is a Company, it is a fully regulated process involving various authorities and a lengthy process. Even if the monies raised are in form of equity, there are certain mandatory reporting requirements to be met.