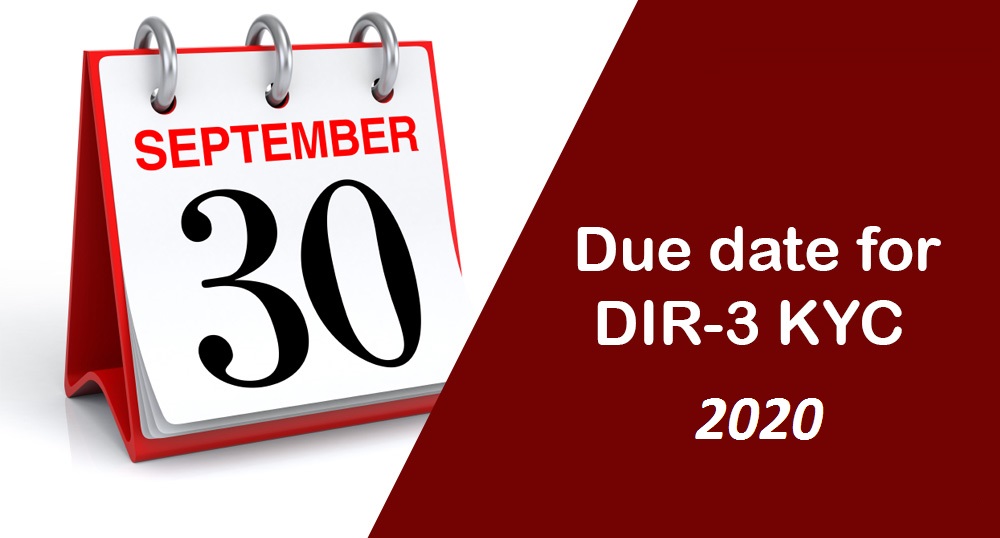 MCA vide amendment of Companies Rules, 2014 came with a new initiative of updation of KYC of directors in order to have transparency. MCA has mandated for all individuals having DIN to submit their KYC details in e-Form DIR 3 KYC every year.

Who is required to File e-Form DIR 3 KYC?

As per Rule 12A of Companies (Appointment and Qualification of Directors) Rules, 2014, the following individual needs to file form DIR-3 KYC:

Who is required to File e-Form DIR 3 KYC-WEB?

Web based DIR-3 KYC is applicable to those individuals who have submitted DIR-3 KYC form in previous year and requires no updation in KYC details in present year. The user needs to login on the MCA Portal and update his KYC by verifying the OTP on his mobile and email id. After verifying, submit the form and generate the challan. There is no need of professional certification required in case of web based DIR-3 KYC

An individual has acquired the DIN but he is currently not appointed as the Director in any company. Does such individual still have to file Form DIR-3 KYC?

Yes, if the individual needs to file the DIR-3 KYC form whether he is appointed or not as the director in any company or partner in the LLP, if he possess a DIN, he must furnish form DIR-3 KYC and update the details.

Do we need to enter unique email id and phone number in DIR-3 KYC form?

Yes, the mobile and email id should be unique for every individual and the same has to be verified by OTP.

No, in case of non residential director/individual foreign number is allowed. In case you enter the Indian number, OTP will not be generated.

In case an individual fails to file the e-Form or web based form by the due dates (or extended due date), the DIN of such individual is marked as ‘Deactivated due to Non-filing of DIR-3 KYC’ by the Ministry. In such cases, the person is not able to file any form with Ministry or become director in any company. The director can re-activate his DIN by filing the e-Form DIR-3 KYC after paying late fees of INR 5,000.